My job, no matter what I do, what I dive into, is to always give you who I am

Quincy’s current path in entertainment may feel like a birthright. Born Quincy Brown in New York City to model Kim Porter and Albert Brown, a.k.a Al B. Sure!, he was named after the legendary Quincy Jones. After his parents separated, he gained a new father in Sean “Puffy” Combs and siblings soon followed. His 16th birthday was even a star-studded affair featured in MTV’s My Super Sweet Sixteen. And last June, he and brother Christian Combs lit up a Paris scene already superheated by the debut of Louis Vuitton’s first African-American lead, Virgil Abloh. Now 27 years old, he looks back on the access that his lineage grants him with the lucidity of a much older man, and with remarkable serenity that makes his desire to make a mononym for himself a sign that he wants to honour, rather than escape, his double heritage. Point in case: the way he refers to Brown and Combs as “my fathers”, having once said on the “Wendy Williams” talk show that he made the conscious effort to form a relationship with his blood father — and that he called both “dad, pops” in person. When speaking about how his current track as an actor, photographer and musician expresses his creative identity, Quincy’s soft-spoken demeanour soon breaks to reveal a witty conversationalist with a rich interior life. Over the last few years, Quincy has made quiet inroads in film. His 2015 acting debut in “Brotherly Love” paved the way for a main role in “Star,” the FOX musical drama now in its third season; later this year, he will star opposite Kat Graham in “Christmas Calendar,” one of the first holiday movies by game-changers Netflix. Remarkably, he’s achieved this without requiring the kind of fanfare that can accompany famous offspring. But in his enthusiasm to embrace all that he is, you can still hear echoes of the baseball-obsessed kid he once was.

So how was that first Louis Vuitton by Virgil Abloh show?

It was a moment. Beyond anything, Virgil dared to be “more different” than the people who were being different. There are so many designers out there, so many different aesthetics, but for some reason, just the way he has brought things to the surface has made people respond in a way that hasn’t been seen in quite some time, even in fashion. He’s definitely giving a lot of people hope. A new mindset even.  It shows dedication, a drive. This industry is huge and cutthroat. Being a minority, being at the front face of everything is a lot of pressure but all it takes is “give a chance to people”. Yeah, maybe you have a lot of people who thought of doing something different and decided not to. Seeing what Virgil is doing may even give you the inspiration to just go for it. The best take-away from his path and decision-making is “this is belief, that’s what happen when you believe.”

Speaking of belief, I believe you’re going to be in a Christmas movie?

Netflix is now my family and it’s one of their first Christmas projects. As a kid, I watched a lot of Christmas movies and I’d always envisioned myself doing one. But then growing up, they weren’t as good. When I got the scenario, I thought “Wow, this is a Christmas movie like back in the day, the kind that I watched.” It wasn’t just straight Christmas-Christmas. It’s the holidays but there is that warmth, a realness that you can relate to. 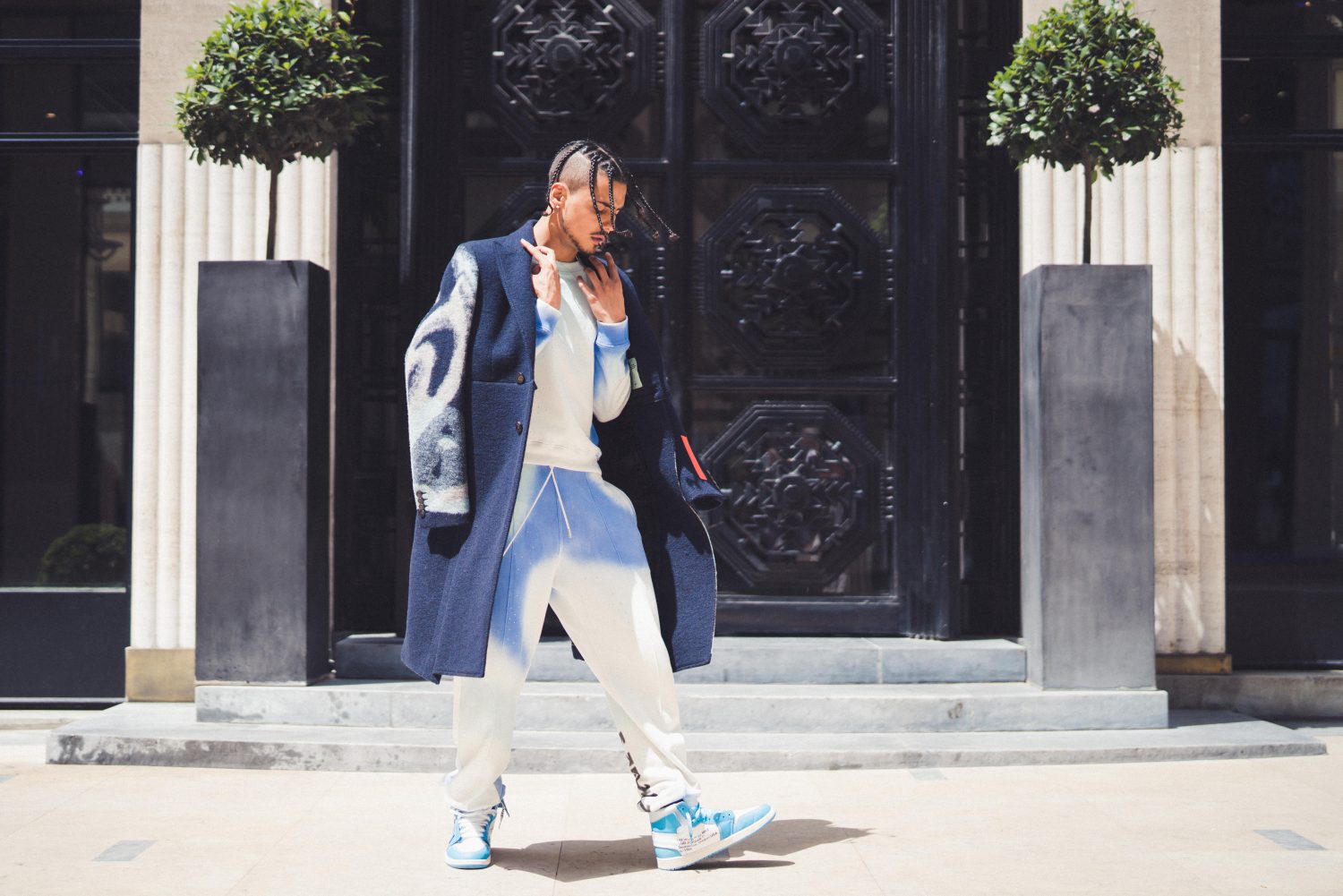 You’re a musician, actor and also a photographer. Do you need to be a kind of Renaissance man these days to have a complete creative expression?

You hit it on the head. The Renaissance Man is definitely how I would label it. With so many things to do out there, people have to identify who they are. To get there, you have to really master your mind, explore ways to reach your maximum creative capacity, go outside of what naturally limits you. You have to against the grain a bit to be able to open the doors to being multifaceted. Society doesn’t organize it for you like this. You gotta carve, cut, kick open the doors on how you feel. It’s about how focused and driven you are. If you want it all, go for it.

What led you from one field to the next?

Growing up, I was into baseball so 100 percent of my time went to that. Music and acting were like hobbies. The former has been always around, next door. It’s been my neighbour, my roommate for my whole life, so the love for it was always there. The acting actually came last. I’d been turned off by the theatrics of middle and high school theatre. It was good but just not for me.  But I would help my actor friends prepare their roles, and it became a regular thing. 4 or 5 different friends said I was good at it, so I got re-interested in acting and thinking “hold on, let me do this for real.” It gave me hope when I went to acting school: they weren’t teaching you like they were teaching theatre class. That’s what gave me that breath of fresh air that made me say this is something I want to do now. It was bugging me inside.

It’s a huge side of me. My mom always told me “you have an eye, you have an eye” so that eye she said I had translated into so many different eyes: photography, TV, film. Her telling me I had an eye opened them, gave me a whole perception on everything. You have to know how to capture the moment without interfering with it. I’m one of those creep shooters. The need to pull the camera needs to come from a different place than “oh I have to capture that moment.” I don’t want to capture then try and live it. I was handed a camera at a really young age by accident, on one of my mother’s shoots. The photographer told me to hold the camera, and I just shot for 15 minutes straight. He ended up using one of the photographs I took of my mom as one of the selects. 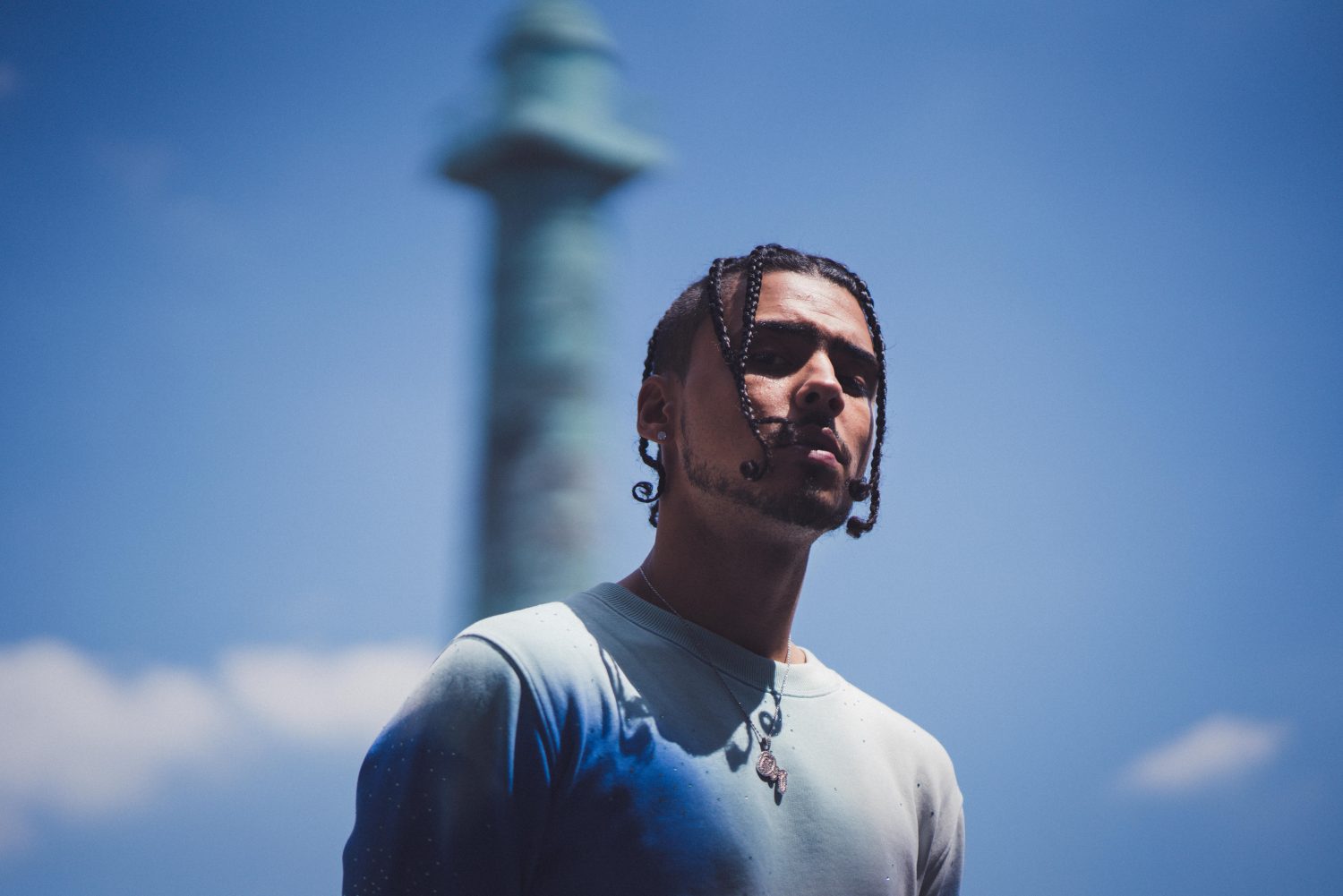 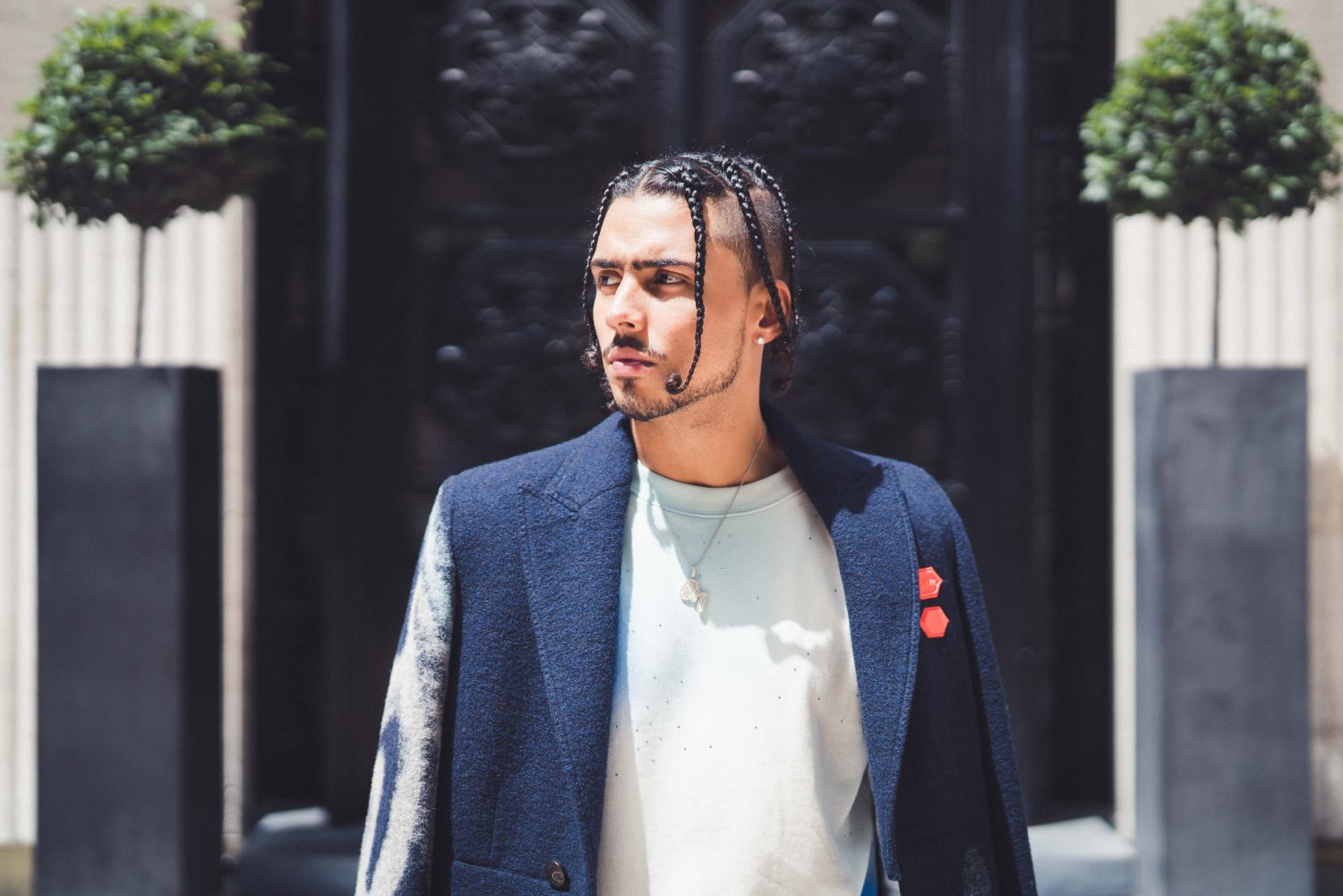 What is your take on having parents who have become household names?

I look at it as a free learning, rather than luxurious, experience. It was about listening, being in the background, only occasionally talking when you needed answers. Over the years, I started feeling that I was learning about life within these industries, rather than just enjoying being around these cool studios and persons. This gave my mind an opening because I was receiving it indirectly and not directly, so when it came directly, I knew how to work it. I wouldn’t say their success was in the way. I can’t erase it or push it to the side, nor would I want to: it’s a part of who I am but not all I am.

So who are you, Quincy?

Everything we talked about, and the way my life panned out, gave me an open mind and positioned me to dive into all these fields. Don’t get distracted — there are many out there, good and bad, that are also somewhat leading you astray. You’re steering away from who you are, so you put yourself on the backburner to shed light on a side of you that isn’t real. I just believe that really, all it takes is staying true. Once you do one thing that is not you, you have to keep up the pretence. It becomes a job. My job, no matter what I do, what I dive into, is to always give you who I am, the real me. That there’s no filter of any sort. It’s easier  to be yourself than go the extra mile to be something else. If I didn’t, I wouldn’t be fulfilling my purpose in life as “Quincy.”

Interview by Lily Templeton
Portraits : Pierre Mouton
The interview was edited and condensed for length.