“I didn’t allow myself to imagine winning the LVMH Prize. Now that I got it, it’s the biggest form of validation for our work.”

The story of Steven Stokey-Daley, the British designer behind the emerging brand S.S. Daley is like a modern fairy tale. Coming from a modest background in the suburbs of Liverpool, he now dresses Harry Styles (the pop star wore his graduate collection in the “Golden” music video), and his theatrical shows are one of the most coveted at London Fashion Week. His most recent achievement? This year, Stokey-Daley won the prestigious LVMH Prize.

“Steven plays like no other with classic British fashion codes”, explains Maud Barrionuevo, buying director at the LVMH’s e-platform 24S.com, that retails the winners’ collections. “I like the way he uses flowers, it’s very poetic. He interprets his rich culture in his own way. Also, he has this eccentric, playful and even irreverent approach to fashion, like Vivienne Westwood or Alber Elbaz at the time of Lanvin. We have missed it a lot in fashion.” For Barrionuevo, it’s no wonder that the jury chose him this year: Stokey-Daley knows not only how to design and style the pieces, but also how to artfully present them. We catched up with the 25 year-old designer during a cocktail party, organized in his honor by 24S.com in Paris.

What does this prize mean for you?

You know, it was totally unexpected. I did not allow myself to imagine winning. So it’s amazing. It’s the biggest form of validation for our work. We work really-really hard, and it just feels like it’s finally paying off.

What has been the best lesson learned? Why is this experience precious to you?

I learned how to present myself, how to present the brand. It was also a nice nudge towards examining the business more diligently. I also met Cate Blanchett today. We had a nice chat and she awarded me with the prize.

Were there any designers on the jury that you dreamed of meeting?

Yes, Jonathan, Stella, Kim (Jonathan Anderson is the Creative Director of Loewe, Stella McCartney is at the head of her own brand and Kim Jones is Creative Director of Dior Men and Artistic Director for Fendi haute couture, ready-to-wear and fur collections for women, ndlr). I have never met any of them. And Nicolas Ghesquière from Louis Vuitton and Maria Grazia Chiuri, Creative Director of Dior womenswear, were all amazing to me. We had a nice back and forth about the business, they were asking questions about my work, my processes. It means the world to me. 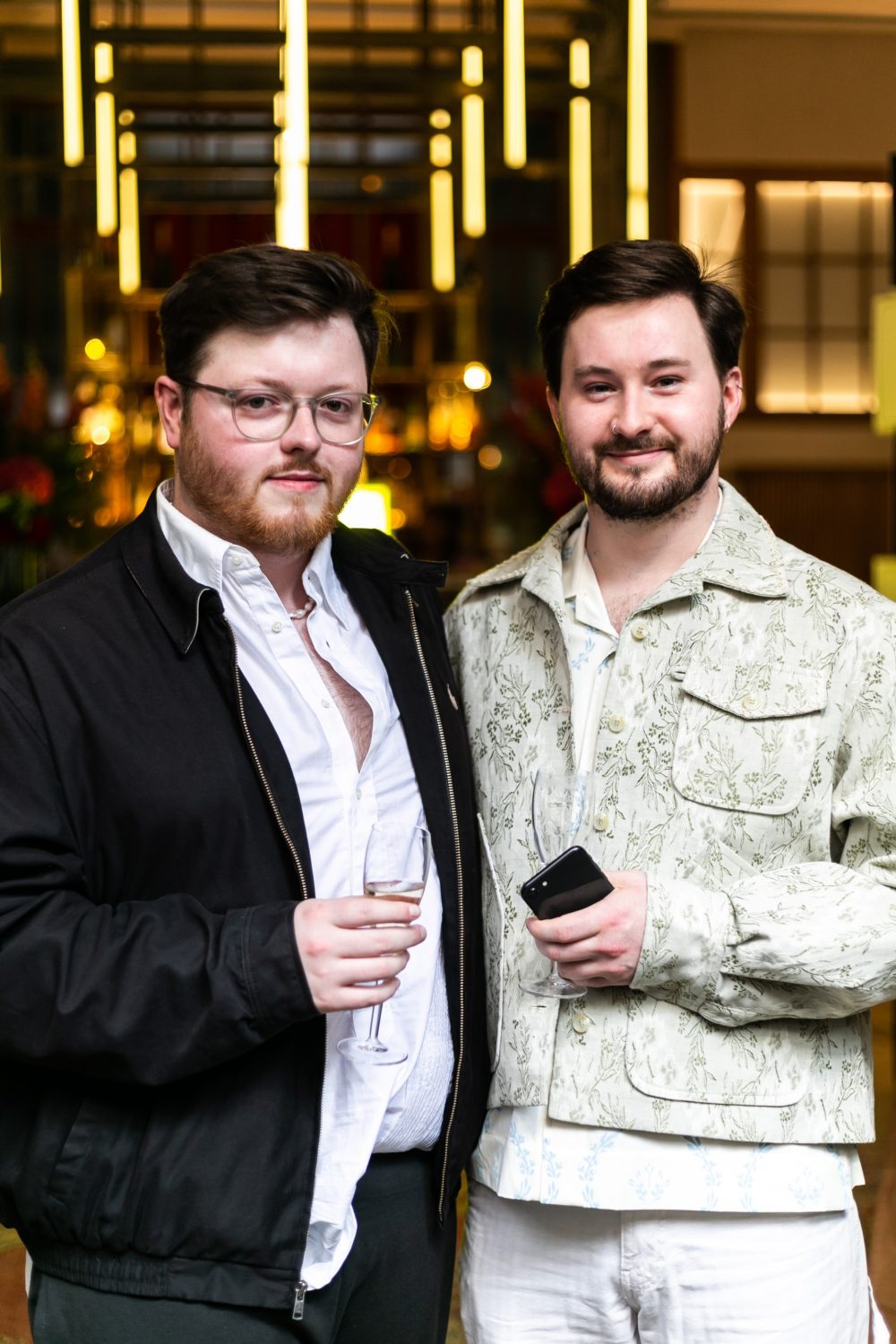 Harry Styles wore some of your designs from your graduate collection in his “Golden” video. How did this collaboration pop up?

I started working with Harry Lambert, Harry Styles’ stylist. I sent him my lookbook, saying: “Hi, would you like to look at my work?”. And he really did, and he liked it. From there, he held the whole collection for Harry (Styles), which was amazing. It’s a good lesson, you should never be too afraid to ask, or to push yourself into situations you are not comfortable with. I did not know Harry at all, I just tried my chance, I reached out, and literally said “Hey! Look at my work!”. So be brave and fearless in that way.

Do you still keep in touch?

Yes, sure. Now, we work together every day. It’s a nice coincidence: we work with Harry Lambert next doors to each other in East London. And actually, just about an hour ago, I got a message from Harry Styles saying “Congratulations!”. It’s very nice. He is great, and very supportive. Styles is a champion of young designers, and incredibly kind for a celebrity.

Styles has been praised for dressing with rather feminine clothes, playing with gender codes. Do you consider fashion to be a field of experimentation of gender identities? And do you have any women icons in mind when you create?

We actually introduced womenswear last season, and we will continue to show in London during womenswear shows. In today’s world, who cares about whether the clothes are men’s or women’s? When I design I have many different icons on my moodboard: Hockney, Diana, Kate Bush…

You often say that you were never interested in fashion and that you don’t identify yourself with the cliché of the boy “worshiping at the altar of Vogue”. So, how did your fashion journey begin? Was there one moment that changed everything?

I wish it was as easy as the snap of a finger, but it wasn’t. I was always kind of a creative, hands on person. I like to challenge myself. There was a moment when I thought I was gonna do theater, but then I did not end up doing it. I think in the moment of not doing that, I found fashion a thing.

Do you have a very first fashion memory?

No, I don’t. And that’s the funny thing! No fashion at all in my childhood. It was never a life dream, it’s something more of a recent development. 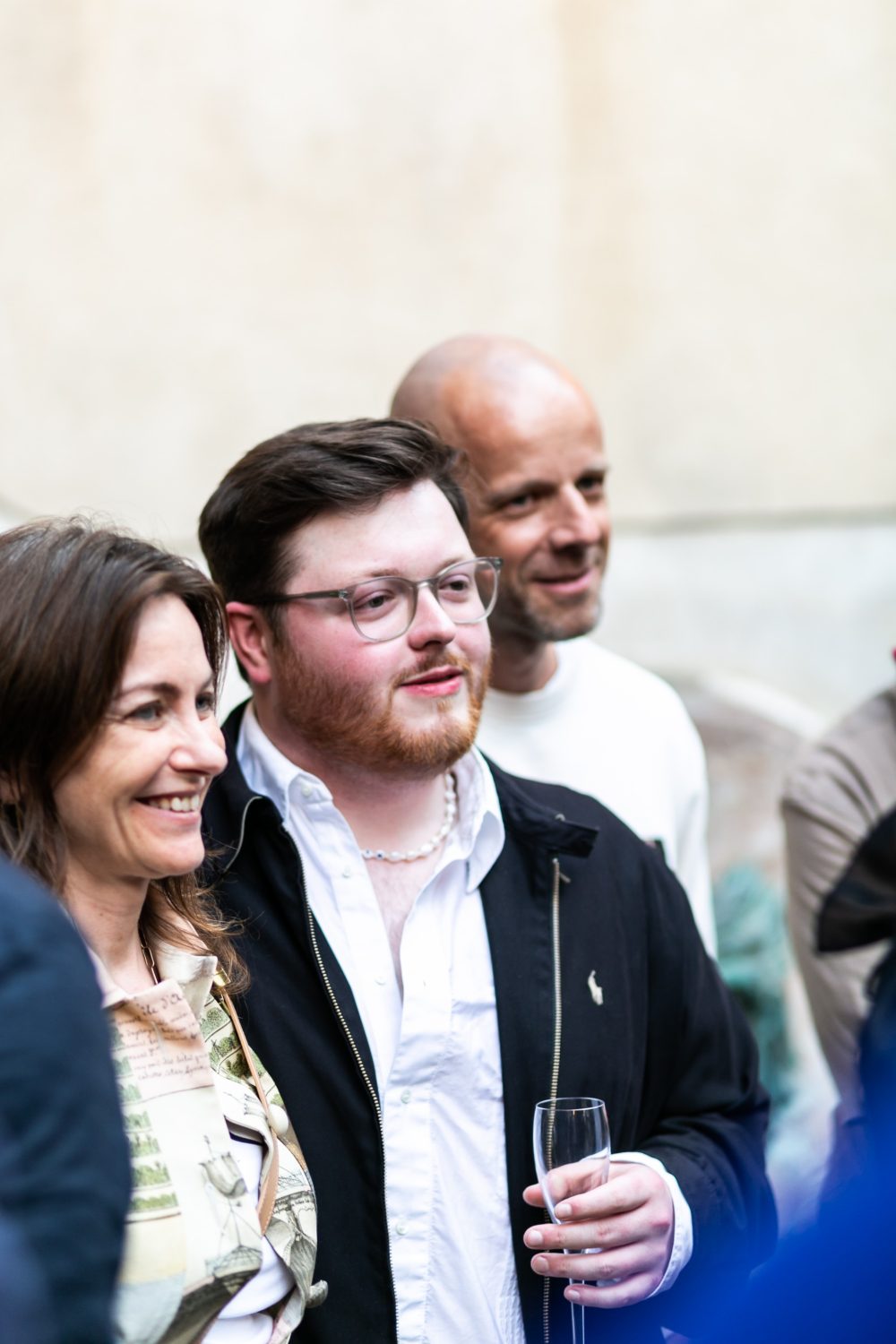 Your shows in London are like theater performances. Why?

I think that today, in the 2020s if you’ve got people flying from all over the world to be in one place, then it needs to be worthwhile. Fashion shows are a platform to share with others, an amazing opportunity to bring together different creative industries. Theater world doesn’t have the same exposure that the fashion world does, so it’s quite a nice way to infuse those two things.

You are a fan of literature, and in your collections you often make references to novels and poems. What are your most recent finds?

It’s true, I read a lot. I read most of the E. M. Forster’s books. Literally, everything. I read a lot of plays, as well, I love Shakespeare. My most current read is “Young Mungo” by Douglas Stuart, it’s a novel about a gay working-class kid in 1980s Glasgow. It’s his coming-of-age story, and it’s gorgeous. Also, I am big fan of autobiographies: Cecil Beaton’s diaries are my favorite. I love Kate Bush, and I read a lot about Princess Diana.

Fashion critics tend to say that you are celebrating the history of queer fashion in your collections. What’s the next chapter we are going to see? What period are you into now?

That’s a good question! This season that we are working on now, is actually the first season from my head. So it’s kind of more playful, it’s about an idea I have dreamed of. But still with the same references as Cockney and Kate Bush, also Diana. But it has more of a narrative, that I made up myself this time. Wait until you see it in September!

Do you already have a plan: what’s next?

We have to wait and see. I don’t know yet, we need to plan it. Maybe, we will extend our team. For the moment, it’s just me and my boyfriend. So it’s me who does all the patterns and all the accounts!

What are your plans for this summer?

I will try and get a holiday. I need a break. And, hopefully, I will finally go back to Liverpool.